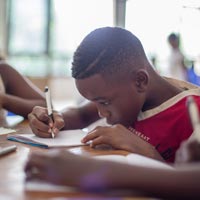 Despite many dyslexic people being highly intelligent, dyslexia makes it difficult for them to recognise words and/or be able to break them down into their smaller components. It is recognised as a Specific Learning Difficulty (‘SpLD’) and can seriously affect their education if not recognised and addressed early.

A dictionary defines dyslexia as “a general term for disorders that involve difficulty in learning to read or interpret words, letters, and other symbols, but that do not affect general intelligence”. When it first came to the attention of doctors in the late 19th Century, it was more commonly referred to as “Word Blindness”, which pretty much sums up how dyslexia affects people afflicted by it.

The Adverse Effects of Dyslexia 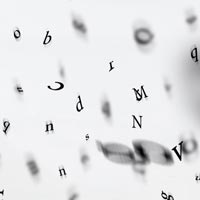 Such an affliction can have profound implications for a person. It will adversely affect their reading, writing and comprehension, thereby limiting their overall learning capability and hindering overall literacy. These are particularly critical skills during their early years as that’s at the start of their education, when the knock-on effects of such limiting factors will be at their most significant. It will slow down their progress in many topics and areas of education, also leading potentially to lower self-confidence and possibly even getting them mislabelled as ‘slow’ or ‘lazy’ by the unenlightened. Ultimately, it can severely limit their potential careers and life outcomes.

Those are incredibly unfair ramifications and that’s why we are taking a closer look at how parents, carers and education professionals can learn to spot the signs of dyslexia early, so that dyslexic children can be helped as soon as possible.

“The earlier a child with dyslexia is diagnosed, the more effective educational interventions are likely to be.” (NHS)

In pre-school children, there are several things to watch out for. These include:

We should add, though, that having any or even all of these problems does not, in itself, definitely mean that the child has dyslexia — they are just possible signs of it. Many children without dyslexia may have some of these symptoms, so it’s important not to jump to incorrect conclusions. The symptoms of dyslexia also vary greatly from person to person, so diagnosis is not easy.

It may become easier to diagnose dyslexia in children once they start school, as they will be reading and writing more by that time. Signs of possible dyslexia to add to the list above may then include:

Learn more about assessment and diagnosis of dyslexia on the NHS site.

Is There a Cure for Dyslexia? 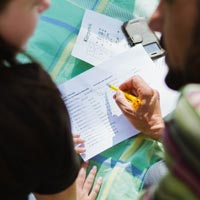 There is no cure for dyslexia, but measures to mitigate its effects can be taken by education professionals, parents, carers and even those affected by it. It’s incredibly important, though, for both parents and education professionals to try to recognise it early, for example at nursery or pre-school, so that a suitable teaching programme can be introduced as early as possible.

If staff or parents of children at our nursery suspect that a child may be dyslexic — or have any other special needs — it’s important to discuss it together as early as possible in the child’s education. In this way, an appropriate learning and development programme can be agreed; one that is tailored to suit the individual child’s needs, in the best possible way. Doing so as early as possible, ideally starting in their pre-school years, will help to limit any adverse effects caused by the condition. When properly addressed, there is no reason why a child with dyslexia shouldn’t be able to absolutely thrive, despite the condition. It goes without saying that we are always happy to discuss any concerns parents may have about their children — indeed we encourage it so that we can work together to address such concerns.

Little Cedars is an outstanding nursery in Streatham SW16, near Streatham Common, Streatham Hill, Streatham Park, Furzedown, Tooting and Balham. If you are looking for high quality nurseries or pre-schools in any of these areas, please get in touch and we’d be delighted to show you and your child/children around, so you can see the wonderful nursery facilities, happy children and exceptionally professional staff for yourself. Please get in touch, while a few places are still available, via one of the following: